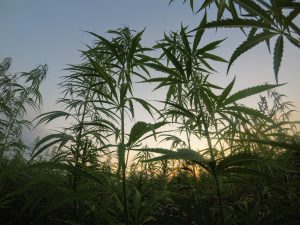 Photo by Matteo Paganelli on Unsplash

Since the legalization of cannabis in some states in the U.S., the hemp business started to boom. According to LandHub, the agricultural lands used for hemp production has increased dramatically, from 27,000 to 128,500, roughly speaking. This venture may be a promising path to follow, but growing industrial hemp can be a challenge for people such as farmers, real estate personnel, and even investors. What are the things you need to consider before searching for a hemp land for sale to establish your empire?

What Kind of Industrial Hemp Products Do You Want to Produce?

Working on a long-term strategy involves choosing the variety of crops you want to produce to meet your goals and demand. The Cannabis Sativa is the principal strain where marijuana and hemp are derived, which are grown and bred for different purposes. Marijuana and hemp have confused tons of people, thinking that they are just the same. They’re not! Hemp has 0.3% THC or less, while marijuana has a higher dosage. In choosing the right crops to produce, consider the following hemp crops:

Who Is Your Target Market?

One of the most significant dilemmas hemp farmers had is the overproduction of hemp crops due to unplanned circumstances. Before planting your vegetables, it is wise to do a pre-planning first – know your target market, know how much to produce, and know how to use the crops effectively.

Hemp may be a wonder crop, but it’s known to be one of the most difficult to grow. It is susceptible to mold, a bio-accumulator (absorbs elements around it), and hard to manage to the regulations of some state regarding the right THC levels. If it exceeds 0.3%, it’s illegal (in some states).

Choosing the right crops, target market, and growing conditions may be time-consuming, but it sure is profitable.

Guest Guest Post by Brandon Mickens at LandHub Selling a house is no easy feat. Sometimes it could take months ...

Guest Post by Brandon Mickens at LandHub When you decide, “I want to sell my home”, you might be tempted to ...

Guest Post by Brandon Mickens at LandHub If you are looking for a home for sale in California, a reliable ...